A Walking Tour of Turin

The best way to tour Turin is on foot. Having spent ten years of my life living in Turin I have prepared a series of walks that will allow you to see Turin's most important attractions.

The tour begins by exploring Piazza Castello which is really the area you should try to stay . Whenever family and friends visited us in Turin I always tried to book them into the Grand Hotel Sitea. It is a much loved hotel and not always easy to get a booking but if you can't try the nearby Principi di Piemonte. 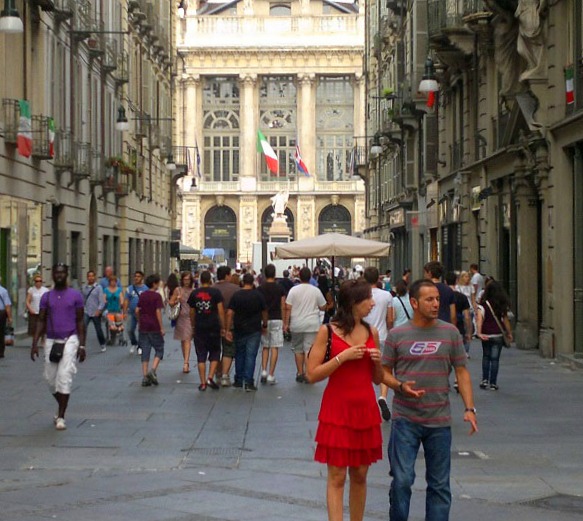 Before begining the walking tour of Turin I have a few tour suggestions for those who prefer guided tours...

Our Walking Tour of Turin

First of all if you need a map to orientate yourself you can scroll down to the bottom of the page. That said let's begin exploring...

The Piazza of Palaces

First stop in the piazza is Palazzo Madama –the Royal widow’s place of residence in the 17th century. The baroque facade is the 18th century work of Turin's most famous architect,  Juvarra. Parts of the palace though are much older - some of the walls are the old Roman walls of Turin. The palace is now an art gallery and a very good one too.

Next stop is one of the great Turin attractions Palazzo Reale – the home of the Italian King up until 1865 – the Royal apartments are splendidly opulent. The gardens are by Andre le Notre – apparently the same chap who did the Versailles gardens.

Heading toward the back of the piazza you’ll come to the Church of San Lorenzo built by Guarino Guarini between 1666-1680 and the Cappella della Santa Sindone (Shroud Chapel) built by the same Guarini and built to house that best known of Turin attractions, the famous Turin shroud. Nowadays the shroud is kept in the St. John the Baptist Cathedral.

From here take via Garibaldi which is one of the great Turin shopping streets (view my wife Maria's shopping guide for more). Via Garibaldi is a pedestrian only street and has a terrific atmosphere with a good vibe and lots of energy. Follow the street in the direction of piazza Statuto. A number of the gems of Piedmont baroque await you along the way (and on nearby side streets).

Piazza Statuto was in Roman times the site of the necropolis and also the last Italian piazza you would ever visit on your way to the gallows of Turin.

Visit the nearby Chiesa della Misericordia (the Church of Mercy) in via Barbaroux where prisoners sentenced to death were given their last rites. Visitors can see the list of people sentenced to death, the black hoods, etc.

If you then turn toward via Sant’Agostino, you can walk down the small Via Bonelli where the executioner of Turin once lived – very convenient for his work and next to nothing in terms of a commute home after a stressful day head-hunting.

From there, in just a few minutes, you are in Piazza Solferino, one of the main piazzas of the city

Continuing a little way in the same direction, you’ll come to the lovely little piazza Corpus Domini and the Corpus Domini church, built on the exact spot of the “Miracle of Turin”.

In 1453 a thief was attempting to sell sacred goods stolen from a church in Val di Susa when a ghost rose up from the thief’s sack and hovered suspended in the air. Only the prayers of the faithful and the words of Bishop Ludovico di Romagnano brought it back to earth again.

Before returning to Piazza Castello explore the atmosphere in the little alleys of the old historical centre – the Quadrilatero Romano.

This "old town" has been extensively refurbished over the last few years and is now a very trendy part of the city. It's full of cafés, craft shops and great restaurants and really gets busy in the evening. The Tre Galline is my favourite here. 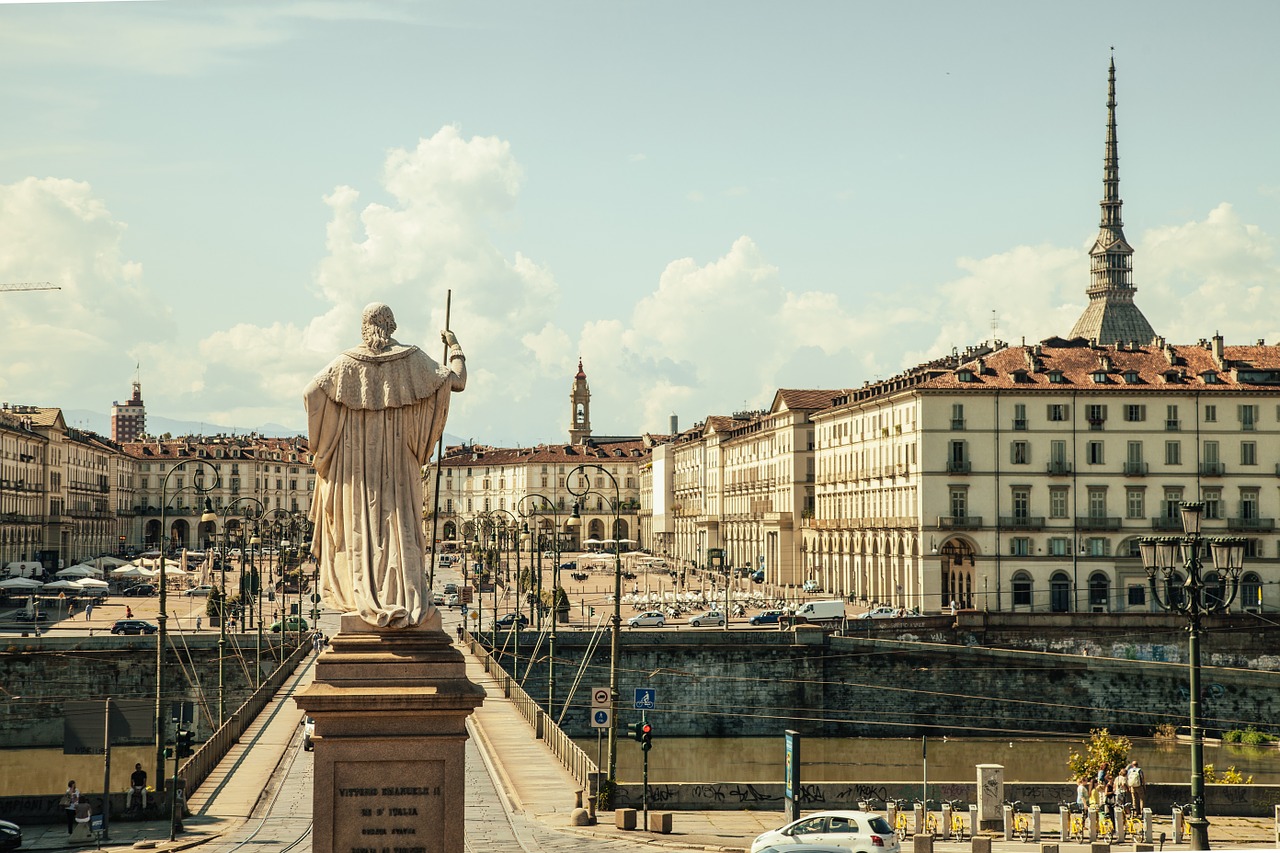 From Piazza Castello head down via Po towards the river. Follow the road down to Piazza Vittorio and then find a table at Caffè Elena.

This lovely caffe under the arcades offers marvellous views over the Po to the Church of the Gran Madre and the collina (hill) of Turin. This is a great place to end your walk. With the vast selection of wines that you can taste here you won’t be much in the mood to go any further :-)

Enjoy the wine, have something to eat and watch the passing parade.

For another of our  walking tours of Turin click here.

You'll get the best deal available and the income we receive helps us to:

Have your say about what you just read! Leave me a comment in the box below.
FacebookTwitterPinterestWhatsApp

Support Us Via Our Sponsors
We earn a small % on purchases Made via our website.  It costs you not A cent more.